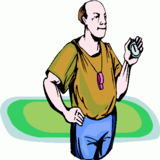 Mcx Gold Commodity Market Trading were extending their Friday’s gains wherein weaker US Employment numbers aid a good pullback in Bullion which. As said in our weekly report, US Employers added at a lesser than expected rate though if we look at the overall set of data, we believe movement in Gold last Friday was a bit exaggerated as on the economic side, September month Jobs data was revised higher to 256K. This was appended with the fact that labor force participation increase, further bolstering the positivity about the health of US economy. We had seen the Chinese inflation number today which didn’t provided any major boost though weaker USDX is supporting moderate gains in the complex early morning. We maintain bearish bias though advice selling only on pullbacks for small profits as no major data is due in latter half. Gold prices once again saw pressure continuing for larger part of the week wherein Dec contract at Comex slumped to a fresh four year low near the $1130 per ounce mark. However weaker to mixed US Jobs data and Gold’s oversold nature aided good pullback to the metal on Friday wherein it managed a negative weekly closing by just 0.15percentage to $1170 per ounce. In India, Gold MCX December contract slide lower to Rs 25165 level at one point of time while finally finished weaker by 0.75percentage to Rs 25930 per 10 Grams.

Global Market View for today as Asian equity markets are trading on a mixed note with weaker Chinese PPI number and mixed closing in US markets hurting the trading direction post the subdued headline Non-farm payrolls data which showed an Job addition by 214000 against expectations of a number near 230000-235000. The USDX is losing modest weight in early morning session hovering near the 87.50 mark whereas other major currencies were marginally in the green

Mcx Silver Commodity Trading are not seeing any major changes as per concerned wherein over the short-term factors stay in the similar line as we see in the case of gold. However, likewise gold, PVOI numbers depict modest increase in Price, Vol and OI together which may extend its gains towards the middle of the week. Overall we hold a bearish bias though in intraday ranged trade is seen in the commodity as markets also lack any major data in the latter half of the day. Silver re-iterated the broad directional trading from gold commodity and did saw a good comeback on Friday rising by around 2percentage at Comex. However for the whole week it was still lower by 2.4percentage to $15.70 per ounce. Locally, Silver Dec contract at MCX slipped lower to Rs 34800 per Kg mark, weaker by 2.8percentage during the week.