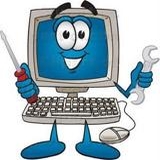 Mcx Commodity Trading for Bullion opened with sharp losses with Gold lower by2percentage on Monday however volatility increased in latter half with prices managing to close significantly higher. Note that Bullion movement was not being supported by lower USD or by appreciation in the shared currency euro or even the global equities retreating tad from the highs. We believe either it could bea value buying/technical push which we are unable to justify completely at this moment. Today morning, gold is once again down by 1.2percentage wherein we might see some sort gap down in the prices from the previous close at the local market. Intraday trend looks very challenging. We may not be able to say a completely bearish trend for gold today with no major economic triggers too due in intraday. While a hint that $1188 is now crucial support level for the market. We believe traders could seek selling into the existing price correction until those levels or just wait at sidelines and decide to take a fresh stance near the suggested support levels.

Gold registered huge volatility yesterday wherein the commodity initially fell though recovered smartly and closed higher by 3.6percentage at Comex, with Feb contract shut firmly over the $1200 per ounce markMCX too aw similar move though at the time of closing,MCX Feb Gold added 3percentage to Rs 26940 per 120 Gms.

We believe, overall trend in the two commodities have-not changed by a huge move in single session. Though the price move with such intensity was never expected by us or by the markets, there should have been some huge exploratory trade on the long-side wherein the big gains also might have squeezed the bears completely in very shorter. Overall we hold selling bias in the commodity though traders should keep strict stop loss in trade. Silver followed similar trajectory wherein which its high bat nature kept its movement further sharper during the day Silver Comex active March closed higher by 7.3percentage to $16.70per ounce whereas Indian MCX Silver for same month’s closing surged 6.6percentage to Rs 37700 per Kg

Oil jumped in late hours following comments from one of the major Shale producers based in Oklahoma; Continental which said oil drilling in the US is likely to take a hit amidst lower prices and certainly that future investment too get hurt if prices continue to trade lower. Onto the aforementioned cues, note that the billionaire shale producer Harold Hamm of Continental who yesterday talked about probable decline in drilling activity had in the past also said their production levels can turn profitable even at prices of $50 a barrel. Also the EIA earlier said, major producers in the US shale can survive at lower rate which supports the medium-term downtrend for the commodity. We believe such major positive movement in prices on Monday should be taken as a positive correction after we saw almost 40percentagecut in prices from 2014 highs near $105 and yesterday’s low around $64 per barrel mark. Broad trend continues to be down, wherein initial estimates from stocks data too showed an extended enlarge by approximately 0.7 million barrels for crude. While we agree, yesterday’s unexpected movement should have had hurt traders, we believe the commodity still has potential to trade with a weaker bias. In intraday we maintain moderate selling bias into the commodity from higher levels today with strict stoploss.