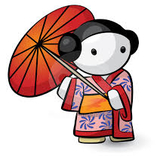 Mcx Commodity Market Trading for Crude oil prices saw good cut yesterday with average losses for the Brent and WTI seen in the range of 2.75percentage to 3percentage as markets remained concerned about subdued PMI numbers from China and EU which negated the optimism of a decent data from the US whereas as markets look to take back gains after the unexpected over 4percentage rally on Monday. As of early morning trade in Asia, WTI is seen higher by a percentage near the $67.60 per barrel level wherein stronger equities across major economies in the region and huge cut in crude stocks as reported by API support. News reports showed US crude inventories tumbled by 6.5 million barrels whereas stocks at Cushing also slipped 610,000 barrels driving the early morning optimism into prices. While estimates for government backed reading to be released later tonight suggest a moderate addition in stocks of around 1-1.5 million barrels, there is a high probability of reversal after looking at the API number. We also have good amount of economic cues from EU and US which could keep oil volatile. Overall we believe, the optimism that can come in from EIA data should get negated by other broad factors like fresh oil deal between Iraq-Kirk to add export supplies by 300,000 BPD and also comments by Saudi Arabia. While risk may be on the higher side today, we recommend building short positions on higher levels today

Global Market View: Asian markets are trading on a appositive note this morning as US markets sustained to be grateful for back by constructive economic data. Production expenditure in the US grew by 1.1 percent which was much higher than the predictable 0.6 percent. All the major US indices were seen trading higher with the S&P 500 and NASDAQ closing up by 0.64 and 0.58 percent respectively. Japanese Yen has depreciated in yesterday’s trade higher than the119 mark under the anticipation of differing financial strategy

No major fresh cues are seen for the commodity wherein weather related forecast continued to predict warmer temperatures in larger part of the US. Temperatures may be mostly normal or higher than average in the lower 48 states from Dec 7 through Dec16, according to Commodity Weather Group LLC and as reported by Bloomberg. We maintain selling bias in the commodity though after continued set of weakness in last few days, profit potential looks a bit low in intraday. Also we have EIA Stocks data tomorrow which could enhance volatility for today and tomorrow.