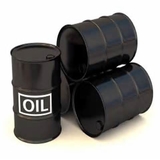 Mcx Crude oil was trading in a bearish mode. The supply glut from OPEC region is being appended with continue supply increase in the US wherein expectations of a highly disappointing weekly Inventory report pressed the commodity lower overnight towards the $48 per barrel mark, losing another 4percentage at the WTI.As per Bloomberg survey, stocks probably rose by 700,000 barrels last week whereas product inventories are seen increasing at a hefty rate for gasoline and distillate. As we also said yesterday, product stocks for gasoline and distillate are seen rising sharply by over 4.5 and near 2 million barrels respectively depicting the scenario wherein demands in the US still stay shallow. If we add the early morning report from API on the same side, news reports suggested that the Cushing stocks rose by 482,000however, crude stockpiles slumped by 4 million barrels. While product numbers were unavailable to us, we feel fall in crude stocks could be due to lower imports or higher than normal refinery runs which indirectly may act negative on product side. This calls for a case wherein DoE stocks data may see mixed to weaker reading. We recommend selling the commodity on small pullbacks today.

Global Markets Snapshot: Asian equity markets are on a mixed to negative note as they continue to take negativity out of falling oil prices whereas speculation about Greece exiting the Euro zone too hurt overall trading sentiment. In the currency front, political developments in EU region and talks that speculation from QE continued to drag the Euro below the critical 1.19 mark whereas the Dollar Index surged ahead towards the 91.75 mark. In commodities, WTI Crude oil continued falling further breaching the $48 mark at the WTI where as Base metals finished on a broadly weaker note. Bullion however gained weight as a safe haven approach amidst fall in equities and other currencies.

No major developments over weather with expectations continue to be foe a broadly normal temperatures over the next two weeks in the US. As we said yesterday, temperature forecast in 6-10days and 8-14 days from CPC are showing cooler short-term and warmer trend towards mid of Jan supporting negative view. The inventory aspect though may create good volatility as expectations stand for around 120 BCF worth of withdrawals against just near 25BCF last week. As risk remains high; we recommend sell bias in the commodity with strict SL today.Natural Gas Feb saw no major movement yesterday where in the commodity during early Asian session on Tuesday traded with gains of near 2percentage and finally finished the day with near similar rise to $2.93 per MMBTUAt MCX, NG commodity adjusted with the movement in international markets in last two days and finished with a loss of around 3.75percentage which may lead to moderate positive opening.