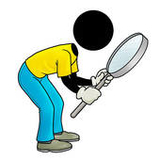 Mcx Commodity Market Trading, DoE inventory data showed fall in crude stocks by 847,000 barrels which was moderately lower than markets expectations of as reading near 2.5 to 2.2 million barrels. Also negatively stocks at delivery point for WTI, Cushing gained heavily by2.92 million barrels whereas product inventories were mixed. Distillate fuels supplies which are mainly tracked amidst the winter season fell modestly by 207,000 barrels though gasoline stockpiles increased at a very high rate of 5.2 million barrels depicting the case that there is no major demand for the two going in the US. Also note, very sharp increase in product stocks comes despite the fact that refinery utilization fell by 1.9percentage which means that overall oil supply in the country remain very high. Separately, Iran’s government officials commented “the country will under no conditions let go of its share” of the market given restrictions on its exports in recent years. As of the latest quote on Thursday morning, oil at NYMEX Feb expiry is trading near last day’s closing of $55.80 per barrel. Overall we believe, oversold nature of the commodity and its broad negative fundamentals might continue to keep it in a consolidation mode though broad pressure from higher levels would continue. Advice ranged to sell trade in intraday.

Global Market View: US stocks have rallied last night after the US Fed has replaced the term considerable time in the statement. In her statement, FED chairman Janet Yelled has indicated that the US FED would observe the economy for the next two meetings and could likely look at an affirmative action bymid 2015. US stocks rallied after the announcement with the most of the major US indices gaining more than 2percent; Asian markets are trading on a positive note following the strong close of the US markets. SGX nifty is trading on a positive at 8135.00 up by 90 points and is expected to open on a positive note for the day.US dollar has appreciated with respect to most of its trading partners after the change in tone of the US FED signaling a possibility of the a rate hike in a few months depending on the incoming economic data. Euro is flat at1.2340 Pound is trading lower at 1.5583 and Yen has depreciated trading at 118.57.

As per news report from Bloomberg, weather forecaster’s Corp in Andover, Massachusetts said some pockets of the US would see good amount of cooling in last week of December whereas the outlook from US CPC for 6-10 days also turned to cooler temperatures as compared to the prior day. We also have the weekly Stocks report today wherein expectations stand for a fall of around 60BCF. Though this is lower than last five year average; overall we feel moderate changes in weather may support the commodity from lower levels. We hold a buying to range bias in the commodity today. Traders can also plan Crude/NG Ratio selling.