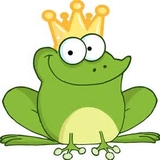 Mcx Commodity trading for bullion is seen steady up by 0.20percentagerespectively for gold and silver. We believe the commodities are expected to maintain their sideways trend in the very near term while the overall scenario still holds down. As long as the USD index continues to trade strong we shall not suggest any change in the trend of bullion and remain short from higher levels. However, we also expect that being the year end and if the global equities continue to trade positive then possibly bullion may also remain down. Hence, selling both gold and silver from higher levels would be suggested. The macro picture is still bearish for bullion especially gold, as the Federal Reserve is seen moving closer to an increase in borrowing costs and a strong USD curbing demand.

This morning silver is seen trading at $16.06 up by 0.22percentagefrom its previous close. We believe the commodity may move in line with gold so we suggest selling from higher levels. Silver after rising around 9 percentage in past two weeks once again comeback to its downward stance wherein the commodity lost more than triple the amount of loss seen in gold in the past week. Silver Comex March expiry as of Friday evening (IST) was seen around 6.75percentage to $15.90 per ounce wherein in Indian markets at, Silver same months conclusion was lower by 5.3percentage to Rs36650 per Kg.

Global Market View: US stocks continued to appreciate in Friday’s trade as energy shares bounced from their lows of the first few days of the previous week. US equity indices had the best weekly gains in over 3 years with the S&P 500 gaining close to 5percent from the lows of Tuesday. Asian markets are all in the green, tracking the positive close of the US markets. SGX nifty too is trading on a positive note this morning, up by 35 points and is expected to open on a positive note.US dollar has appreciated with respect to all the most important currencies on Friday with the Dollar index trading higher than 89.50. Euro is trading at 1.2241, pound at 1.5638 and the Japanese Yen at 119.37 after tender a low of 119.63 in early trade this morning.