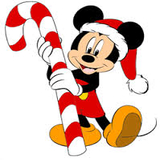 Mcx Bullion Trading as of early morning quote on Tuesday Gold is trading modestly in the green, probably taking support out of weaker equities in Asia region. Gold added around 0.5percentage to trade nea$1187 per ounce mark however we believe broad bias for to commodity continues to be down and we might see gains getting trimmed as the day progresses. We are not having any major data variable in Euro session so political developments might take upper hand however in US hours, consumer confidence data which is seen positive might weigh on the Bullion complex. As per Bloomberg survey, the reading is seen moving higher towards 94 mark against prior month data near 88 which if comes like this should support further optimism in USDX and indirectly weigh on Bullion. We maintain selling bias in the yellow metal from higher levels for the day, however locally any major changes in Rupee needed to be watched closely.

Global Market View: The week started on muted notes traders came out post Christmas holidays with participation still remaining dim. Equity markets were largely calm though we did saw good movement in currencies and commodities. As of early morning session today, Asian equity markets are mostly in the red tracking weaker Euro, GBP and the Yen against the USDX which hit its fresh five year high near the 90.25 mark. In major developments globally, Euro currency fell towards1.2150 mark as traders and investors assessed the result of Greece election. Greek PM failed in his third and final attempt to get enough backing for his presidential candidate making the case that Greece would be forced for early elections and might de-stabilize its bailout program. As Euro fell, Dollar gained while Bullion contracted at a good rate, especially in the evening session on Monday.

We had maintained a sell stance in the commodity last day though the intensity of fall despite the lack of any major data was surprising. Silver being a high beat commodity also took cues from fall in Base metals and thus fell almost double of Gold, nod doubt Ratio moved higher. We had the Chinese industrial profits data yesterday which fueled speculation that HSBC manufacturing PMI would also be lower around 49.5 indicating contraction in the segment and should further weigh on industrial commodities including silver. We maintain sell bias in the commodity today though on Ratio, buying only on small dips in advised. Silver too scaled lower yesterday with the commodity losing at a higher rate of 2.25percentage to $15.77 per ounce at Comex for active March contract Silver MCX contract for same month’s expiry too went lower by a near similar rate to Rs 36485 per Kg.