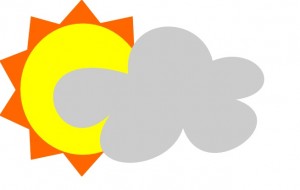 Southwest monsoon was vigorous over Himachal Pradesh, Madhya Maharashtra, Marathwada, Vidarbha, Telangana and interior Karnataka for one or two days of the last week.

• Light rainfall received in Eastern regions of Uttar Pradesh state during past few days. Transplanting of rice has been completed up to 66%. In eastern U.P. about 80% transplanting of rice has been completed. Agricultural operations like transplanting of scented rice, hand weeding in transplanted/direct seeded rice, top dressing of nitrogen fertilizer, thinning in pigeon pea and sesame, fertilizer application in sugarcane and maize and plantation of fruit trees are in progress. Low intensity of khaira in rice crop was noticed.

• Heavy to very heavy rainfall received in the Kerala state during past few days. Agricultural operations like weeding, basins in coconut and areca nut fields, making proper drainage in all crops are in progress. Low intensity of mosaic in vegetables, leaf folder in paddy, red palm weevil, bud rot in coconut and pseudo stem weevil in banana were noticed. To Know more about Weather Report, visit – http://www.profitkrishna.com/ • Rainfall would occur at all over the country.

• Heavy to very heavy rainfall would occur at one or two places over Konkan & Goa and coastal Karnataka. Weather Report

• Heavy rainfall would occur at one or two places over north-eastern states, Sub-Himalayan West Bengal &Sikkim and Kerala during next 72 hours; and over interior Karnataka, Madhya Maharashtra and Marathwada.

• Heavy rainfall would occur at one or two places over Odisha, coastal Andhra Pradesh and Telangana, over Uttarakhand and east Rajasthan. Click here to know more about Weekly Weather Report.

• Scanty rainfall occurred in the Jharkhand state during past few days. Drought like situation prevailed in the some district of state. Rainfall is not adequate to undertake puddling and transplanting of rice. Agricultural operations like rice transplanting with irrigation, application of urea in spring planted sugarcane and earthing up in autumn planted sugarcane, weeding from rice nursery, sowing of vegetables like bhindi, brinjal, and plant protection measures against the pests of bhindi. Sowing of arhar,urd and kulthi in the upland and medium land areas are in progress. No pests and diseases were noticed.

• Light rainfall occurred in the Himachal Pradesh during past few days. Agricultural operations like transplanting of rice is almost completed in the entire region, hand weeding in the rice, maize and soybean crops are in progress. No pests and diseases were noticed.

• Light rainfall received in Punjab state during past few days. Agricultural operations like transplanting of basmati, irrigation in sugarcane and cotton crops are in progress. No pests and diseases were notice