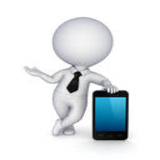 Mcx Commodity Crude Oil traded near a five-year low as the United Arab Emirates said the Organization of Petroleum Exporting Countries will refrain from cutting output even if prices slumped to $40 a barrel. OPEC won’t immediately change its Nov. 27 decision to keep the group’s collective output target unchanged at 30 million barrels a day, SuhailAl-Mazrouei said. Venezuela supports an OPEC meeting given the price slide, though the country hasn’t officially requested one, an official at Venezuela’s foreign ministry said Dec. 12. The group is due to meet again on June 5.Courtesy: Bloomberg—We believe it’s the oil supply which is pulling down oil prices lower and looks like the short to medium term scenario especially from the price point of view the trend would remain down.

Global Market View: US markets on Friday continued to decline as investors seemed to be worried about the global growth. S&P 500 closed at 2002.33 down by 1.62 percent. Markets were waiting for the Japanese elections results that were to be released on Sunday, however the major consensus points toward a win for Abe. The election result has been declared and as expected Abe has secured another term as prime minister, which warrants a continued effort towards introducing structural, reforms, and devaluing the Japanese Yen. SGX Nifty Dec futures are continuing to trade on a negative note at 8234.00 after a stable session on Friday, and is expected to remain decline further for the day. In terms of currency, Asian currencies are trading on a negative note with respect to the dollar. US dollar has remained largely range bound as markets awaited election results from Japan .Japanese Yen too remained flat at 118.74. Euro is trading at$1.2449 after appreciating against the dollar.

Today’s Economic data is to be released today: Japanese large MFG index came in below expectations at 12; however Mfg outlook declined to 9 against a previous level of 13. Later in the day, we have the Indian WPI data that is due at 12pm and in the evening US Empire manufacturing and industrial production data is to be released.

Mcx Commodity Natural gas front, this morning surprisingly the January future NYMEX traded Henry hub prices are seen trading higher by 2.53percentage from its previous close. We might mere expect it to be a short covering state for the reason why prices have recovered sharply however, going forward during the day we do not see any major rise in the prices further in fact, we could take a short from higher levels. Also, from the technical front we are expecting initially prices may decline which can be considered as a sell trade while again from lower levels a buy recommendation could be introduced Natural gas which had been declining in the recent past saw a respite in the prices that it rose a tad to settle the week at $3.795/MMBTU